Where Denny went during PASS and Live360 Events 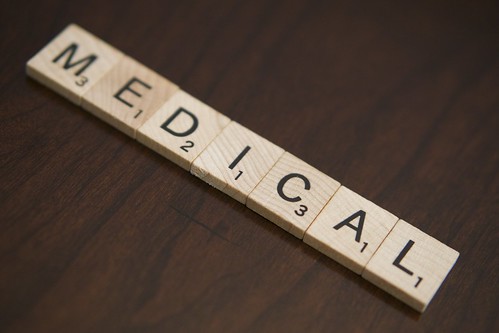 If you were at the PASS Summit, Live360 in November, or SQL Saturday in Slovenia in December, you may have noticed that I couldn’t make it to these events. It turns out that I had a medical issue that I needed to deal with as soon as possible.

Over the six months or so before the PASS Summit I had a headache that I couldn’t shake.  Between trips, I made a doctors appointment with a general doctor that I used to use who sent me out for an MRI.  The Insurance company didn’t want to pay for the MRI, but the doctor was able to get the insurance company to pay for a CT scan instead.

Do what the doctor says

I went in for an outpatient CT scan at about 7 pm and figured that I’d get the results from my doctor in a few days.  8 minutes after the I left the outpatient CT scan, the doctor who reviewed the CT scan called my cell phone and told me that he usually doesn’t call patients directly, but that he needed me to turn around and go to my nearest ER.  Between the two of us, we decided to go to the ER attached to his facility was the easiest to get to, and he could call them and tell them I was coming.  So I turned around and drove back to the hospital.

That facility checked me in and transferred me to the neurology unit, which was at another one of their hospitals.  All of this was about a week and a half before the PASS Summit started.

The trip to the emergency room and the CT scan were the start of 35+ days of being in the hospital, with two surgeries and one procedure. It was not a fun month.  After the doctor did the first of many MRIs, the doctor determined that we were dealing with a 4.3cm (about 2 inches for Americans) tumor on my brain stem.  To give a visual reference, that’s bigger than a golf ball.  It took about two days before we were able to get into the OR and get the tumor removed.

After the initial surgery I’ve done a lot of physical therapy, first at the hospital, then at an acute physical therapy facility.  Sadly there I picked up a nasty infection which required a transfer back to the hospital and another surgery to resolve.  Thankfully I’ve been home since the day after US Thanksgiving.  The bad news is that I’ve was on IV antibiotics since before I left the hospital, and I was on them until December 29th.

The tumor was not cancer, that’s was the most important part of all this.  That piece of information from the doctors alone made this much easier to deal with and get through.  It also meant not needing Chemo to finish my recovery.

Getting Back To Normal

Things are slowly getting back to normal.  This was an issue affecting the brain stem, not the brain; this means that it affected my fine motor skills, not my memory or ability to work with SQL Server. The most significant skill that had been impacted is walking. I moved to a walker while I was at the hospital which was pretty slow going.  I’ve since moved to mostly a cane, and I’m improving every day.

Speech is where I’m going to need some therapy as well.  Right now, when I speak at my regular speed (which is pretty quick), I have a noticeable speech impediment which I need to improve before I can give presentations again.

In short, I’ll be back doing presentations; it’ll just take some time before I’m back on stage.

The post Where Denny went during PASS and Live360 Events appeared first on SQL Server with Mr. Denny.

21 responses to “Where Denny went during PASS and Live360 Events”