The Trump Administration has put together an Election Integrity Investigation commission to investigate voter fraud here in the United States. They are requesting all state governments hand over a LOT of personal information including (but not limited to) your name, address, birthday, political party (if recorded), last four digits of your Social Security Number, which elections you’ve 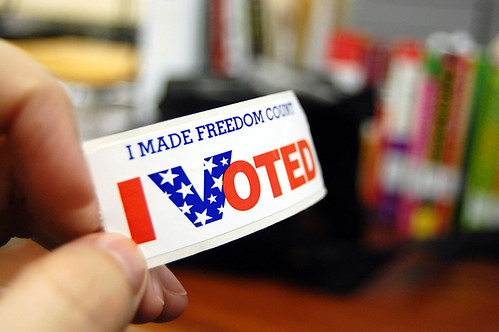 participated in since 2006. The data is known as Personally Identifiable Information (PII).

Here’s the letter that was sent to the states. First let’s review how the data should be sent in: one option is via email. We all know email isn’t secure, witness the email hacking and data drops from the last election. Transmission of the information alone puts every individual at risk of a hack. Alternatively, they offer the SAFE system as a backup. Based on the URL, the system is run by the US Army, not the commission, which will require a secondary transfer of our PII, under the assumption it’ll end up in the correct place, won’t be lost, released, etc. Moreover, it’s entirely possible it could arrive at the U.S. Army and still be transferred via email, nullifying any attempt made in the name of personal security.

Now let’s dig into that second to last sentence there. “Please be aware that any documents that are submitted to the full Commission will also be made available to the public.” So the panel is going to take everyone’s personal data, the exact data needed to steal someone’s identity, and release it to the public? Where anyone can download it?

Finally there’s the request for the last four digits of your social security number, which is the most pernicious and misguided request in the letter, because it is the key to your identity. The digits you would be handing over are the most random ones in your coding as they are in sequential order of your request for a card. The first five, if you applied for a social security number before 2011 (which is almost all of us) are sequencing based on location: the first three digits were assigned based on the ZIP Code of your mailing address at the time of your social security application. You may still live in the same zip code, or you can be easily tracked for previous addresses online. The second two digits are a group number based on location, again possible to reference it with a little work.

As a final consideration, there are also people who need to stay hidden for their own protection: spouses who do not want their abusers to locate them, witnesses from court cases, adoption issues, even celebrities who don’t want to subject themselves to stalkers or superfans constantly knocking on their front door.

And there is no “opt out” for an individual, the record is historical in nature going back to 2006 and presented by the election board, not the individual.

This whole project seems to have been construed without consultation with anyone in the information security sector and it shows. Even if the panel could overcome the transfer and privacy issues, we have no way of knowing how this information will be stored (assuming that it isn’t released to the public as the letter suggests) so that confidential data can actually remain confidential.

Thankfully many of the Attorneys General from across the country have said that this won’t be happening because of state privacy laws. Encourage them, and your state election boards, to keep fighting this. Hopefully the commission will figure out that this is a horrible idea.