If You Thought Database Restores Were Slow, Try Restoring From an EMC Data Domain

The database in this case is ~6TB in size, so it’s a big database. Running the restore off of the EMC Data Domain, was painfully slow. I canceled it after about 24 hours. It was at ~2% complete. Doing a little bit of math that database restore was going to take 25 days. While the restore was running we tried calling EMC support to see if there was a way to get the EMC Data Domain to allow the restores to run faster, and they answer was no, that’s as fast as it’ll run.

After stopping the restore, I backed up the same database to a local disk, and restored it to the new server from there. This time the restore took ~8 hours to complete. A much more acceptable number.

If you are using EMC’s Data Domain (or any backup appliance) do not use that appliance as your only location of your SQL Server backups. These appliances are very efficient at writing backups to them, and replicating those backups off to another site (which is what is being done in this case). But they are horrible at rehydrating those backups so that you can actually restore them. The proof of this is in the throughput of the restore commands. Here’s the output of some of the restore commands that were running. These are for full backups, so there’s nothing for SQL Server to process here, it’s just moving blocks from point A to point B.

The biggest database there was restoring at 5 Megs a second. That was 33 hours to restore a database which is just ~606,816 Megs (~592 Gigs) in size. Now before you blame the SQL Server’s or the network, all these servers are physical servers running on Cisco UCS hardware. The network is all 10 Gig networking, and the storage on these new servers is a Pure storage array. The proof that the network and storage was fine was the full restore of the database which was done from the backup to disk, as that was restored off of a UNC path which was still attached to the production server.

When testing these appliances, make sure that doing restores within an acceptable time window is part of your testing practice. If we had found this problem during a system down situation, the company would probably have just gone out of business. There’s no way the business could have afforded to be down for ~25 days waiting for the database to restore.

Needless to say, as soon as this problem came up, we provisioned a huge LUN to the servers to start writing backups to. We’ll figure out how to get the backups offsite (the primary reason that the Data Domain exists in this environment) another day (and in another blog post). 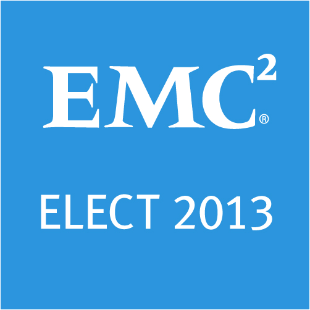