The Hotel Excelsior Dubrovnik needs to actually provide what they offer

So for the last couple of weeks Kris and I have had the pleasure of being in Croatia, first for a SQL Conference second to spend a few days on vacation for our 13th Wedding Anniversary.

The SQL conference in Zagreb was great, I don’t have a single complaint about the hotel, the conference, the organizers, etc.

What I’d like to bitch about today is the hotel which we were supposed to stay in for 4 nights in Dubrovnik, Croatia.  The hotel that we were at was the Hotel Excelsior Dubrovnik which is right on the beach in Dubrovnik.  In case the link stops working, or is changed here’s what was listed on the website which I booked through.  The hotels actual website shows the exact same description, so I’ve only included a screenshot of one I used to book. 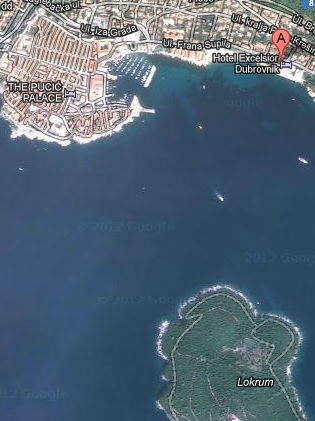 ns a view) of the island of Lokrum and Old Town.  A quick look at Google Maps (below) tells me that for all 158 rooms to have this view, they all have to face the water.  You can easily enough see the hotel (the red mark on the right of the map) with the island to the south and the city to the west.  However when we were shown to our room it wasn’t on the south side of the building.  IT was instead on the north side of the building facing away from the island and old city.

So I did was everyone would do I asked for a room which I paid for and which faced the water (at this point I would have taken anything which pointed towards the water, read further down for a look at the “view” which we had).  The room which we had, which was the only room on our side of the building on our floor had instead of a large picture window and balcony had a window which was about 3 foot by 3 foot (about 1 meter by 1 meter).

Just by looking at the room it was clear that this room used to be a storage room.  Not exactly the 5 star hotel room which I had booked.  Sadly by the time we arrived at the hotel it was already about 10pm, so it was to late to do much about the problem.  We slept in a little the next day, and spent quite a while speaking with the hotel staff trying to get another room, any other room.  The only answer that we got was that they were totally full and that they didn’t have another room to move us to.

I eventually got totally pissed off and started looking for other hotel rooms in the city, thinking that if I booked another room and told them I was checking out early they might actually be willing to help me continue to pay them money.  Instead when I told them that we’d be checking out early and why, they still couldn’t do anything for us.  Apparently some rich jack ass showed up needing more rooms than he actually reserved so someone is his party got our room and we got screwed.

Now as you read on the website above, we were expecting a new of the water, the island and the old city.  Instead, we got this. 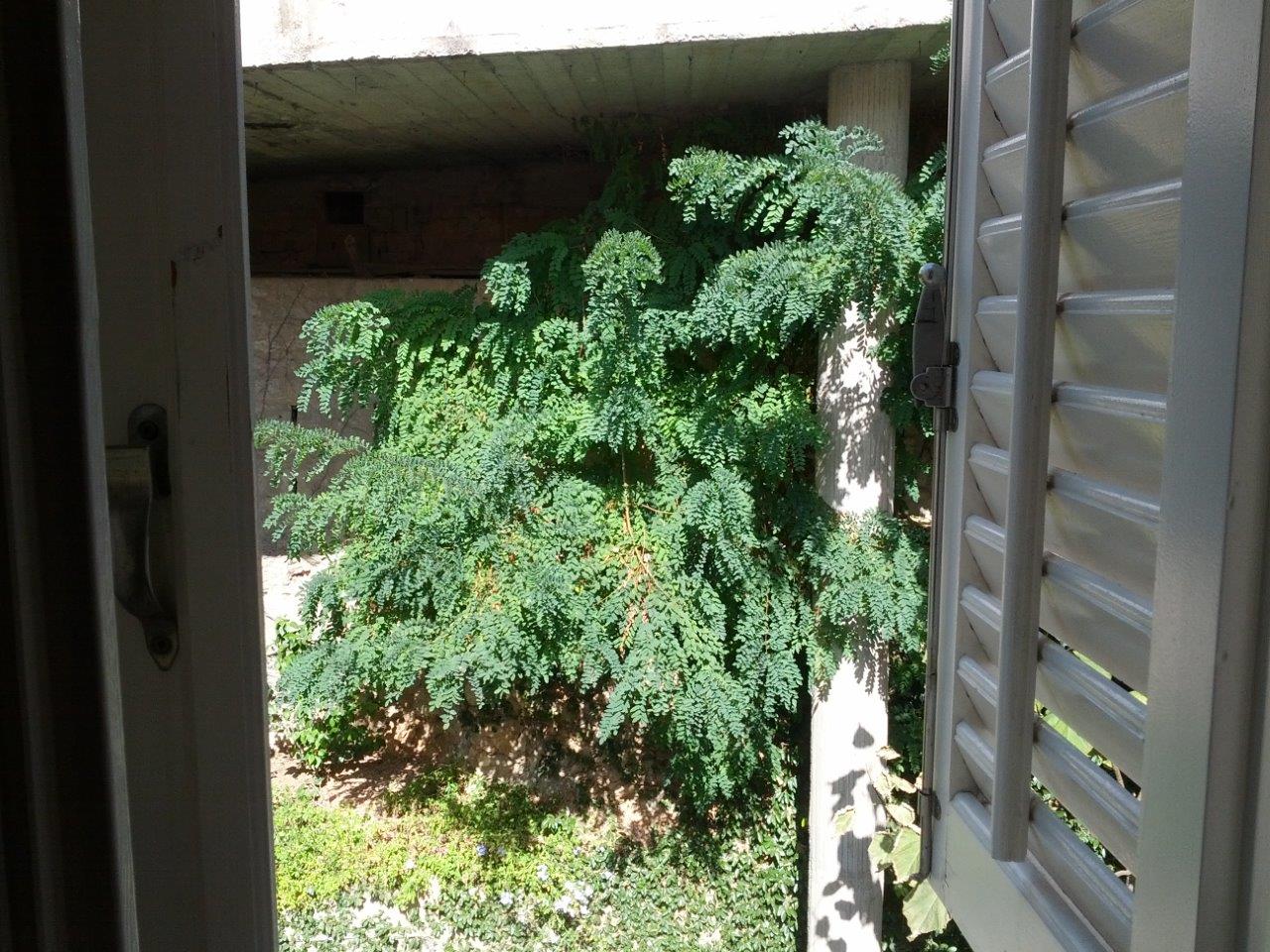 Not exactly the view that I was expecting, at all.  Needless to say that this was the end of my patience.  Now if you are thinking that I was just guessing as to what the view should have been, here’s the picture that was posted on the hotel’s website.  Given that I was booking a normal room, and this was from the webpage for the normal room I expected something similar to this.

Thankfully there’s also a Hilton in town.  It isn’t right on the water like this hotel was, but I was able to book a room there for the last two nights (we burned the entire day after check in fighting with the hotel and looking for another room).  I informed the hotel that I was moving there last minute because the current hotel that we were in wasn’t acceptable and why.  The Hilton was king enough to give us a room with this view.

This was a little more along the lines of what we were looking for.  The old city and a view of the ocean.  Pretty much exactly what the doctor ordered.

After all this would I go back to Dubrovnik again?  Absolutely.  Would I ever bother trying to stay at the Hotel Excelsior Dubrovnik again?  Nope, never.  Assuming that I’m lucky enough to spend time in Dubrovnik again, I’ll be booking my room at the Hilton again.  While it’s a little further away the room was so much better it’s just amazing, and the staff was more helpful (the concierge at the Hilton went out of his way to ensure that we had excursions to do on each of the three days we were there, including the afternoon after we  had checked out even offering us the showers in the spa if needed after we had checked out).

P.S. Incase you think that I wrote this while I was still there and pissed, I didn’t.  I sat on this for 4 days, not writing this up until I got back to the states.  If I had written this while still at the Hotel Excelsior Dubrovnik like I wanted to, you probably wouldn’t be able to read this at work without getting fired.