If you’re running into this, it probably started on May Patch Tuesday, which was last week (the 8th). You are getting this error when you try to RDP to a/some servers:

An authentication error has occurred.

The function requested is not supported.

This could be due to CredSSP encryption oracle remediation.

In March, a vulnerability in CredSSP (Credential Security Support Provider) was patched, which would affect authentication via RDP (this is outlined in advisory CVE-2018-0886).  However, it was implemented in such a way that the behavior change didn’t have to be “honored” by either the server or the client involved in an RDP session.

The intent was that this would be controlled by GPO in enterprise environments, and a new GPO setting to activate or deactivate this behavior was released at the same time.

GPO settings have a default value, which they will use when nothing has been explicitly set for a particular setting. In this case, the GPO has three possible values: Force Updated Clients (for servers to only take connections from patched clients), Mitigated (for both, and on a workstation means that it won’t fall back to old/insecure behavior when attaching to unpatched servers), and Vulnerable (for both, and means what it sounds like–anything goes!).

In March, the default behavior was set to “Vulnerable”, which means everything kept working for everyone. But in the May security rollup, the default setting for that GPO was flipped to “Mitigated” if there was not an explicit setting for it… end result being the core problem some are running into: Clients that have received the May update are no longer able to connect to RPD servers that have not received the March vulnerability fix.

(For a bit more background on all of this, see this Microsoft blog post: https://blogs.technet.microsoft.com/askpfeplat/2018/05/07/credssp-rdp-and-raven/)

Fortunately, there’s an easy workaround that can be applied to any Windows workstation facing this behavior, with a couple caveats.

If you are getting the above error trying to RDP to a server, all you have to do is set the corresponding GPO on your local workstation to Vulnerable.

To set this, run “gpedit.msc” on your machine. When the Local Group Policy Editor launches, navigate to Computer Configuration\Administrative Templates\System\Credentials Delegation on the left side, and then find Encryption Oracle Remediation on the right. Open that up, flip it to Enabled, and then choose “Vulnerable” for Protection Level. Hit OK, close GPEdit & you’re done; the change will take effect immediately.

There are a couple caveats: First is, this means you’re choosing to operate in an unpatched situation, which I don’t recommend. The second is that you can only apply this GPO setting on your local workstation if you’re not in an AD environment where it’s been set at the domain level and it’s getting applied to your machine. If that’s the case, the AD-level GPO will stomp on your local setting if it’s different.

Again: This should only be a temporary measure. The real fix is to get the March updates on your servers so you can set your workstation back to at least Mitigated (really should be Force Updated Clients). It’s not going to be my fault if you leave things unpatched and in Vulnerable and then something bad happens!

Some have been referring to this as a “bug” and…This isn’t a bug; I mean, the “breaking RDP” part isn’t a bug (the original vuln obviously is). This is 100% “system functions as designed.” There’s a vulnerability in a widely-used feature of Windows, and MS pulled the “better to be on the ground wishing you were in the air, than being in the air wishing you were on the ground” card here. Being a patch hard-liner (I saw too much shit in the early 2000s), I think this is fine. If you don’t like it, there’s a workaround. But, my attitude on this is tempered by the fact that it’s only listed as an “Important” update, and the exploitability seems a little bit out there. Maybe give us all a few more months to notice?

Regardless, I DO think there was a communication failure here, though. Since few people read patch notes on a regular basis (I don’t even, anymore), relying on those to get the message to people isn’t going to work. Even that PFE blog post–which is great–is still a little bit of shouting into the void until someone runs into the problem and goes looking for a solution.

I don’t know what to do about this part, because there’s really just not a mechanism to deal with it. And really, do we need another thing to watch for alerts and stuff? Plus, breaking changes happen on a regular basis… where do you draw the line? And what, should they have made the RDP client throw a pop-up message about this? That seems like an awful big hammer.

I guess I’m going to have to go back to reviewing KB articles for patches again :-/

Surface Pro 3 i7 Users Be Aware Of The Power Usage

So recently I got myself a Surface Pro 3 with the i7 processor in it as my laptop. It works great, except for one little power issue that I’ve noticed. The i7 Surface Pro 3 uses a LOT of power when it’s plugged in. In fact it uses almost all the power that the power cable can provide. I know this because if you plug your phone into the USB port on the power brick your phone won’t charge. 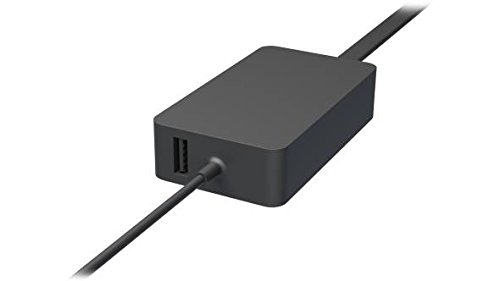 Now I know this is a problem with the i7 Surface because my wife has the i5 and the same phone and can charge her phone with the Surface plugged in without issue.

Now truth be told I haven’t played with the power settings in Windows to see if that makes it go away, I simply plugged the phone into the USB port on the monitor and was done with it.  So there might be a way to slow down it’s charging so that you can charge a phone via the chargers USB port.  At some point I’ll probably figure out if that’s an option.

Recommended reading from mrdenny for January 02, 2015

This week I’ve found some great things for you to read. These are a few of my favorites that I’ve found this week.

Hopefully you find these articles as useful as I did.